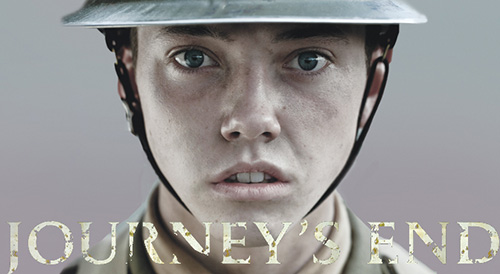 Thame Remembers will be collaborating with Thame Players towards their production of Journey’s End at Thame Players Theatre, performing from 8 – 12 September 2015.

Our military advisor Ian Jones will be assisting the production team on everything from set design through to props, uniforms, sound effects and pyrotechnics.

Thame Remembers will be screening a roll call of all the men from Thame who died during the first world war.

Journey’s End, written in 1928 by English playwright R.C Sherriff, is set in the trenches near Saint-Quentin, Aisne in the days building up to the major German offensive of 21 March 1918, designed to separate the British and French Armies, push the British back to the sea, and to seize the Channel Ports.

The offensive was eventually halted near Amiens and the German advance was reversed in the autumn of 1918 in the Allies hundred days offensive which ended the war in Europe.

Tickets for Journey’s End can be purchased from Tickets Anywhere, Greyhound Walk, Thame, or online from www.thameplayers.co.uk.